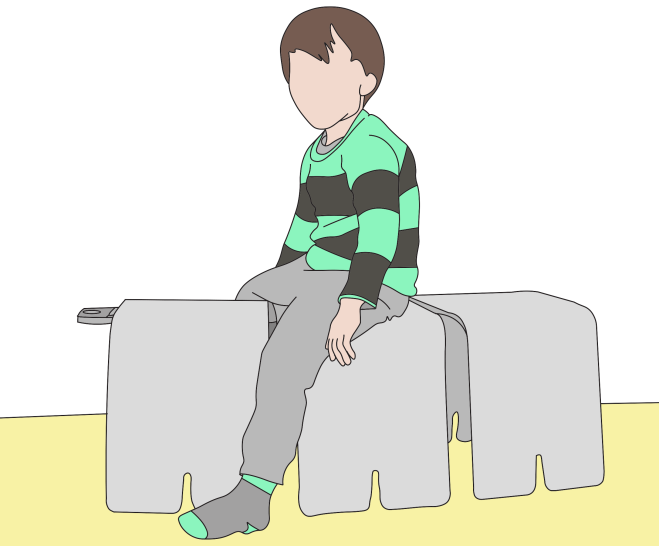 “How long are you in Copenhagen for?” he messaged me.

“Until Friday”, I replied.

“Great. I travel there tonight. Let’s meet up.”

So after some Instagram messaging and a few attempted Whatsapp voice calls later, I met the hilarious Freddie Keen in the Nørrebro part of Copenhagen earlier this week. He had suggested we met at the Harbo Bar, a typical Danish urban retreat, with warm garlands of coloured lights and a selection of glass vessels on the counter- one of which contained vegan Romkugler, which I resisted from trying! Having researched the Danish culture of cosiness for a university project this year, I couldn’t help but think, as we gathered around a low table on a mismatch of small stools in the snug bar setting that this was very hygge.

I first met Freddie in September last year for the LINLEY party as part of London Design Festival. His humour and warm nature makes him instantly likable, and someone who will no doubt go far within the furniture industry. This first meeting also presented me with an opportunity to see his work firsthand, as the bedside cabinet with dovetailed drawer that he had assembled as part of the Summer School, was on display in the LINLEY showroom that evening. His interpretation of the renovated interior of the Messums barn in Wiltshire, where the Summer School takes place, for his marquetry design, I thought was very clever.

Following the LINLEY Summer School, Freddie returned to London’s CASS for his third and final year as part of their furniture design course. His final year proved very successful, not only finishing his degree with first class honours, but also producing a bunch of beautiful pieces, with invitations for two of his designs to be exhibited at this year’s Young Furniture Makers Exhibition in London.

Freddie told me: “The biggest lesson I learnt from the summer school was the importance of a story in your designs. All of the designers said the same thing and demonstrated in their design process how important and valuable it is to be inspired by an ancient or local process or the qualities of a new material.

“One of my favourite parts, apart from the amazing location of the summer school was our trip to Sir John Eliot Gardiner’s arboretum. He generously walked us around the woods explaining all sorts of interesting things about each species of tree. It was a fascinating day. My other favourite part was the demonstration of fine leathers by Bill Amberg and the extremely inventive textures and effects he and his studio are producing.

“In the year following the summer school I’ve been made more aware of the power of subtle detail in furniture for example where joints can become features of their own and the craftsmanship made visible.

My advice for this year’s students would be come with an open mind and to take notes! This will be one of the most packed and insightful weeks you’re likely to get and you’ll want to remember all of it.”

So, what is next for Freddie Keen?

“After a short pause and a few deep breaths I plan to follow a design route, which will hopefully include an element of making and prototyping so I can continue to use both skills.”

Freddie’s long-term aim is to perhaps set up his own practise, but it would make sense to at least get full-time or part-time work to start with. Wanting to stay within the London area means- I am sure- that Freddie will have a whole host of opportunities and directions he could move forward in.

After our catch up, I realized how excited I am to start on this year’s program; especially if I am to meet more furniture enthusiasts like Freddie. And although a small part of me is a little nervous because no doubt the quality of work from the other pupils and the standard of teaching will be on point, I am eager to get stuck in and make the most of this opportunity.