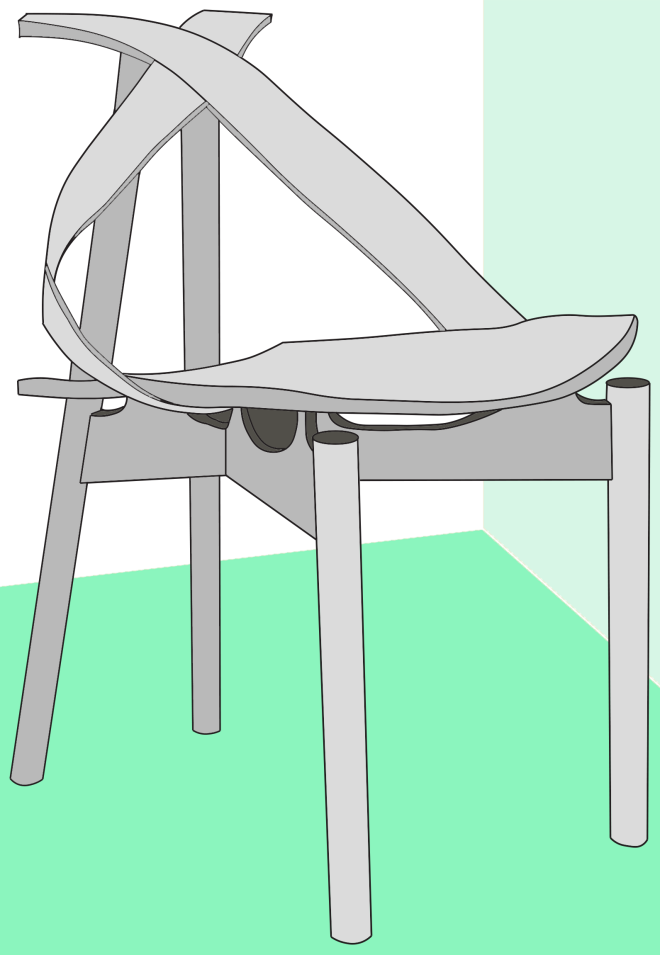 Back during February half term, I was throwing some clay about in my great aunty Jen’s pottery studio when she started asking me about the world of woodwork.

“Well,” I began, “one of the most influential figures of the craft is Alan Peters, as he was very much an advocate for fine craftsmanship”.

Following this statement, Jen turned to Google for more information and discovered a site entitled ‘The Alan Peters Award’.

“Have you heard of this?” She asked.

“Yes, I have. A few people from my college have been awarded it.”

Rycotewood Furniture Centre (Oxford) has built up a strong reputation of success when it comes to the Alan Peters Award, with at least one of the winners over the past few years having been one of its students or alumni. This year Freya Whamond, who graduated from Rycotewood in summer 2016, was awarded the prize. Having since gone on to found Troo Studio (featured previously on the blog: https://this-girl-makes.com/2016/12/16/catching-up-with-rycotewood-2016-graduates-where-are-they-now-including-interview-with-creators-of-troo-studio/) with fellow Rycotewood alumni, Sam Bolt, who is also a previous winner of the prestigious prize; things definitely bode well for this successful duo.

Following the success of the female students at this year’s Rycotewood Summer Show, I was delighted to hear that Freya had scored another one for the ladies! I caught up with Freya to congratulate her and find out more about her design’s success.

The chair you designed in second year was awarded the prize, what was the inspiration behind the design?

I’m really interested in different spatial qualities, in quite an abstract way I suppose. I had been looking at the interaction between rigid, linear structures, and forms that created volume, mostly on an architectural scale. I wanted to create a similar contrast in a chair design and use free form lamination to play with the capabilities of wood as a constructional material.

So, what would you say is your philosophy when it comes to craft and design?

Do what feels right. There’s always an answer that fits to get you to the next stage. I try not to overcomplicate and have to sideline ideas, as I might have lots I want try, but it might be that they aren’t necessarily appropriate for that particular project. I’ve got so many half filled notebooks with scribbles in saved for another time.

Do you think this award helps to raise the profile of craft? Or perhaps is helps keep fine furniture relevant to young people in the modern age?

I think a student award is great from such a large organisation because it encourages and promotes emerging makers at a really influential event. Showing my work at the CCD is a perfect opportunity to get in front of people who might be interested in what I’m doing, which could be instrumental in my future decisions as a designer maker. Having three winners each year gives an insight into what the different institutions are producing and it’s interesting that these selections might provide an idea of the direction in which fine furniture is moving.

Having been awarded this prize now, do you feel different as a craftsperson: more valued, more confident, or see yourself going in a new direction?

I’ve found the feedback valuable. Just to get in front of a panel of people who can comment on your work impartially rather than tutors or people who already know you is a worthwhile experience. Reaching out from the safe world of your sketchbook/workshop and sharing your work can seem scary, but it’s definitely felt progressive for me, just to be open to constructive criticism and be prepared to build from it. Having said that, if you feel passionately about the work you produce then you’ve already got the greatest joy out of it so getting through a competition is a bonus. Although I have a strong sense of what I’m striving for as a maker, I’m still shaping my practise so being part of the exhibition and meeting people who are further into their careers will no doubt be influential; I’m really looking forward to chatting to people who are passionate about what they do.

What would your advice be to others wanting to enter?

Just go for it really. Try to be organised with your entry so that you have the opportunity to explain the most important parts of the project. And take some good photos, that’s really important!

How do you hope this opportunity will help further your career or discipline?

To be part of the CCD exhibition (http://www.celebrationofcraftsmanship.com) will be a fantastic opportunity in terms of connecting with others in the furniture industry. There’s a wealth of experience amongst those people, which is so valuable to someone just starting out. There’s the possibility of meeting potential clients too, as it’s a selling exhibition. And of course I’m excited to choose some new equipment from the Wood Workers Workshop (https://woodworkersworkshop.co.uk), thanks to their generous sponsorship!